The club is pleased to announce the appointment of a new Vice Chairman to the Executive Board of the club. Darren Hardy-Dearness will start his new role with immediate effect.

Darren was introduced to the club during the 2014 season when his son Phillip joined the under 14 squad. Both Darren and Phil had previously enjoyed roles as volunteer and player at Blackpool RUFC. 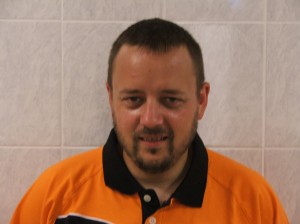 Darren will bring a range of business experience to his new role at the club, having worked in the Investment Management and Stockbroking industry for the last 17 years, he is an Associate Director and a member of the Executive Management committee at a firm based in Blackpool.

Darren also has a varied coaching background, having started out as a football coach, working with age groups ranging from U10s to U15s.  More recently he has been coaching Rugby Union to U10/11s.  He is currently a licensed coach for both sports (and is shortly to obtain a Rugby League coaching qualification).

He revived a rugby league playing career at the age of 39 having not played since at high school. Says he’s on a “sabbatical” this season due to injury, but is aiming to be fit enough to play in the same team as his son in three years time. He loves watching all Rugby and doesn’t follow any particular Rugby League team (but secretly has the Wigan Warriors App on his phone). 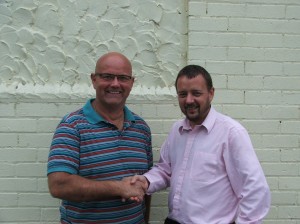 In welcoming Darren to the club Club Chairman Simon Hornby said ” Darren is a welcome addition to the Executive Board. He has skills from his professional life which will help the club move to the next stage of its development. He has already rolled his sleeves up and started to organise a fund raising event and is looking at the future development of the clubhouse. It’s always nice to introduce volunteers to the wider club and I like to wish Darren every success in his new role and encourage everyone to show him a warm welcome”.