Under 15’s Celebrate their 2013 Season in Style

The 2013 Under 15 squad held their presentation night at Blackpool Cricket Club on Friday 15th November 2013. Guest of honour was local lad Joe Bullock who is currently playing at Leigh Centurions under a dual registration arrangement with his club Wigan Warriors.

The event was well attended by players, families and supporters and thanks go to all who attended for making the event so enjoyable.

Top Scorers Kenny Yui and Tony Hicks with their trophies 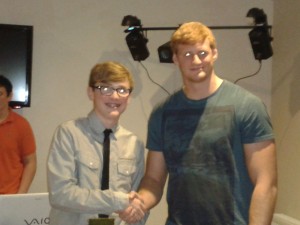 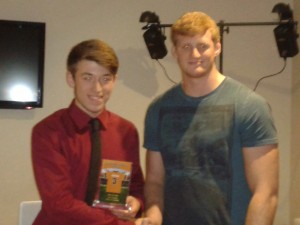 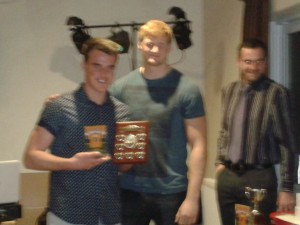 Man of Steel James Grimes proud to be receiving his award.

Any more pictures to share ? Send them to blackpoolstanley@hotmail.co.uk