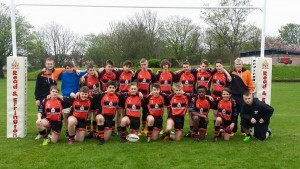 All of last years under 14 squad are invited to attend along with any new recruits. This is a year 10 age group but boys who attend year 9 school are eligible to play. New members of any ability are always welcome. Bring both boots and trainers to each session.