Five members of the under 14’s squad visited the Wigan Warriors training base to meet some of their heros and watch the Warriors prepare for Friday nights game against the Leeds Rhinos. 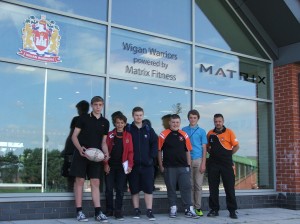 The boys watched the Warriors squad put through their paces by Head Coach, Shaun Wane, and his staff and then had the opportunity to meet the players grab some autographs and photos. Attached are some photos taken at the event. 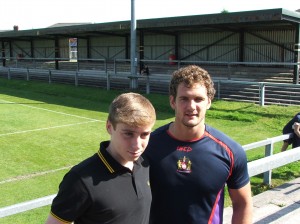 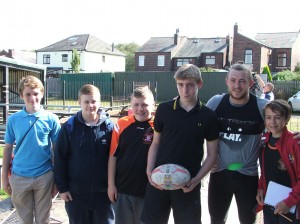 The boys with Josh Charnley 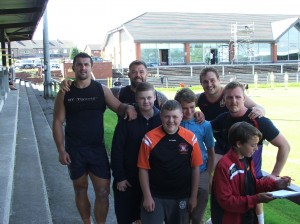 Some of the boys with Wigan players, Ben Flower, Jordan James, Gil Dudson and Dan Sargeson 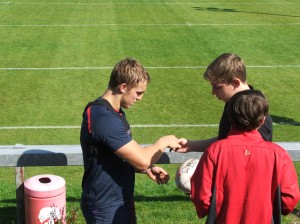 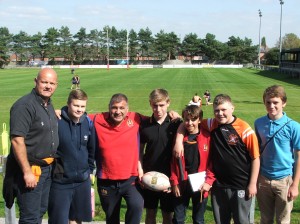