Blackpool Stanley held there annual presentation night at the Talbot on Friday 14th November 2014. Guest of honour Jo Bullock presented awards to the under 14 and 16’s squads along with a number of awards to volunteers who have put in long hours without seeking reward for the benefit of the club. Upwards of 60 players and volunteers with families attended the event to celebrate the club achievements over the past twelve months. Well done to all the winners and to all the players and volunteers who contributed this year.

service to the club over the past 26 years. Mick has been club treasure throughout most of the club history and performs a key role within the management structure. Well done and thanks.

A special merit award also went to Andy Birch for the self-less effort he made during the under 15 2014 season. Andy worked tirelessly to try to maintain the squad when playing numbers had fallen and the coaching responsibilities where unfilled. Thanks Andy.

A special merit award went to Rick Taylor not only for his weekly help with the under 14’s squad but also his commitment and time that he invested throughout the year in jobs that help complete the clubhouse project. Nice one Rick. International jet setter Rick wasn’t at the event at he is currently chillaxing with partner Jacquie in America.

The Andy Dolan award for 2014 went to Ben Hindley.

Ben plays for the under 14 team, 1 year above his actual age group, has been a consistent and enthusiastic member of the squad throughout the year, always willing to learn and manages to balance his other sporting interests whilst being a dedicated member of the team and club. Well done Ben.

Under 16’s awards went to 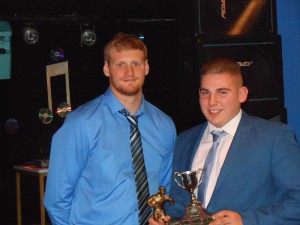 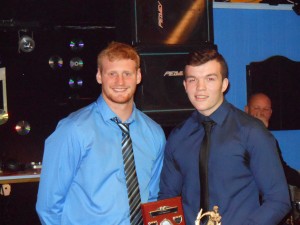 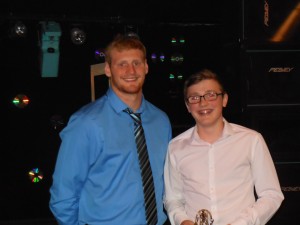 Thomas Little – U16 Most Improved Player and Players Player 2014 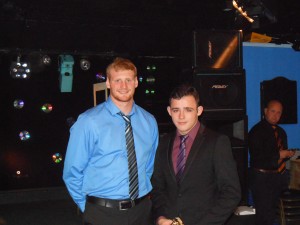 Under 14’s awards went to 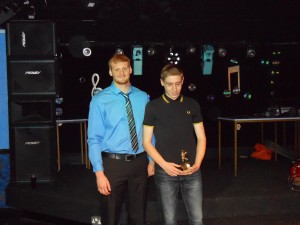 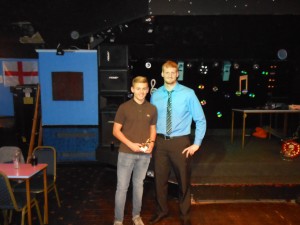 Danny Siddall – u14 Player of the Year Runner up 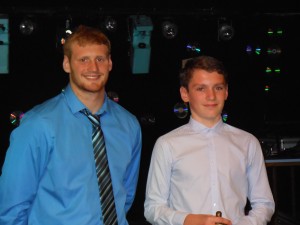 Ben Hindley u14 Most Improved Player 2014

Awards were also given to the coaches who put in many hours throughout the season both on and off the field to ensure that players get the opportunity to improve and continue to play the greatest game of all.