The club has been pleased to accommodate two recent elections, the local elections in early May and the more recent Euro Elections. The main club room has been converted to a polling station on both occasions with local people using the polling station to cast their vote. 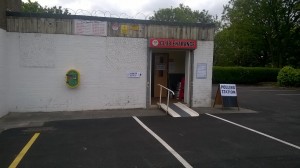 The use of the club by Blackpool Council as a polling station has allowed them to reduce the number of Polling Stations housed in temporary buildings for elections from 3 to 2 for the whole borough. This has helped reduce the overall cost of running elections for the council and also opened up funding streams which has enabled the council to re-surface the car park at Kingscote Park.

From a club perspective we now see many more people accessing the club who normally wouldn’t have had reason to do so. This has increased the opportunity for greater community engagement and recruitment.