A mild but dry Latchford were hosts to Stanley on this dull Sunday. Stanley arrive with zero substitutes making the forthcoming game seem even more challenging in front of a 50 strong crowd of mainly Latchford supporters. 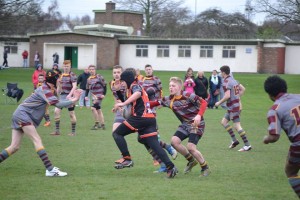 A brief warm up from Stanley and the game commences.

Within the first minute Stanley concede a try thanks to the powerful charge from Latchford’s number 2; however the number 7 kicker fails to convert the early advantage. A superb run from Jordan Hill after 10 minutes in displays to Latchford the determination of the visitors however the try does not follow, with Stanley losing possession of the ball.  Latchford continue to dominate throughout the first 15 minutes with Stanley not retaining much of the possession. Joel Diss and Adam Nichols remaining strong as ever in the second row but sadly the forwards struggle to deliver any points despite their best efforts.

18 minutes in and Latchford score another try, but again, the kicker sends the conversion wide of the posts unable to make the 6 points.

With the continuing dominance of Latchford, it’s not long before another try is delivered with the number 7 succeeding in his efforts to convert on this occasion.

Stanley’s captain Callum McCrory retaliates with a powerful charge towards Latchford and confidence is regained for Stanley but an injury to McCrory provides a detrimental setback due to the lack of subs for Stanley. A clearing kick from the half way line results in yet another try for Latchford as half time approaches. Clearly not demoralised though, Stanley hit back with a try however it’s disallowed as the referee deemed the player out of touch before setting down the ball, the decision is highly refused by the Stanley fans that are adamant the try was legitimate. Half time is called and the second half looks bleak for Stanley.

An extremely strong talking to from assistant coach Birch fills Stanley with confidence at the turn despite Latchford leading by 18-0.

Straight into the second half and Stanley concede again with tempers 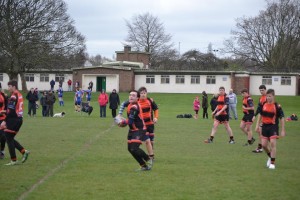 amongst the two teams starting to flay. Debut hooker Tom Anderson giving his all for Stanley but some weak defending from other team members allow Latchford’s loose forward through to make a swift advance from the 20 yard line taking the score to 26-0. The earlier injury to McCrory results in a now permanent position on the bench for him, but on the pitch Latchford are penalised. A bulldozing run from Jordan Hill give Stanley their first try filling the entire team with a confidence boost. An expertly executed conversion is also delivered from Stanley’s Reiss York.

With the absence of the captain, another injury befalls Stanley, this time Kieran Morris being confined to the sidelines.

With Blackpool down to now 11 men they give their all but despite the best efforts of Joe Birch, Connor Schofield and Robert Dixon, another try is conceded.

Shortly after, Latchford deliver another blow with the best try of the game from number 13 smashing through the lines of Stanley from the 40 yard line. The same player then repeats a similar try this time from the 30 yard line.

With the end of the game drawing near, Joel Diss gathers all his power to deliver countless drives towards Latchford but his excellent efforts are futile and the final whistle is blown.

Having won the majority of games against Latchford in the past, 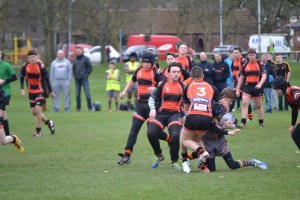 Stanley walk away from this with focus on smoothing over the cracks in preparation for the season. With the non attendance of any interchange players it didn’t come as too much of a shock for their loss but Stanley are confident and walk away in positive spirits, ready for their impending fixtures. 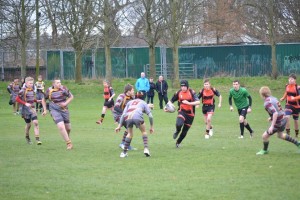 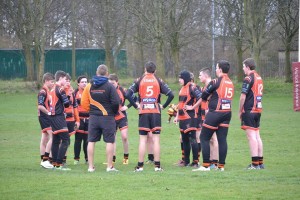 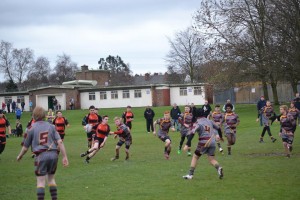