Get set for the Stanley Four Hour Challenge!

The challenge brings together existing players, new players, ex-players, parents, friends and relatives as we unite to play a four-hour non-stop game of touch rugby league! 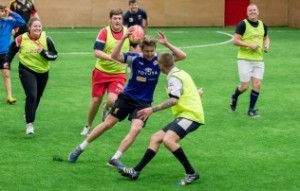 Bring a picnic, and join us at 11:00 on 31st August 2014 on the home pitch at Stanley Park as we do what we do best – playing rugby – but this time with the aim of raising as much money as possible to further the Clubhouse development and the community and charitable objectives of Blackpool Stanley Rugby League Club.

Players can seek sponsorship for participation and can get their personal sponsor forms either from their team manager/coach or by calling 07852 216316.  Plus, as a special bonus for players currently playing for the club, for every £1 raised in sponsorship, they will receive a voucher that can be redeemed for club merchandise (subject to availability – when it’s gone, it’s gone!).

And don’t panic! Whilst the game will run four hours non-stop, there will be rolling replacements and participants can play for as long as they want to (or are able)!