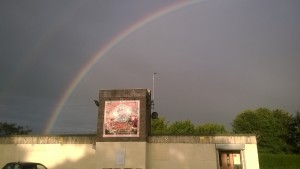 The club house at Kingscote Park has experienced two spectacular light shows in recent weeks, one natural and short lived.

Firstly a rainbow lit up the club prior to a downpour which tried to dampen the spirits of an under 15 training session back in late August. 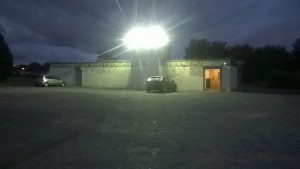 New floodlights where installed at the club to add to the two previously installed earlier in the year. The lights are a more permanent addition to the club and will help light the whole of the car park as the nights draw in making it safer for everyone using the club and the car park.