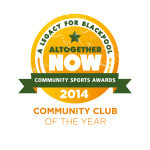 the Blackpool Sports Council awards held at Bloomfield Road in April 2014. The club was up against some much larger and well established clubs in the town and eventually piped Bispham Junior Football Federation and Blackpool Aquatics to the prize.

Blackpool Stanley has been a Club Mark club since 2008. Club Mark is awarded to clubs by the National Governing Body, in our case the Rugby Football League (The RFL), and is awarded only to clubs who can clearly demonstrate they have a structured and consistent approach to playing programme; child protection; sports equity and ethics and club management. Club Mark is an acknowledgement that we take these issues seriously and that we are striving to provide a high quality and welcoming environment for young participants in our sport. 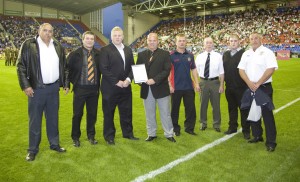