Blackpool Stanley was formed in March of 1979, by the former ICI Thornton Rugby League Chairman Graham Pitman and former Batley & Dewsbury professional player Brian Foley. The club played friendlies at U16s level for the rest of that season. 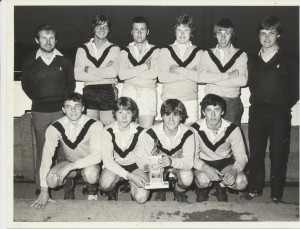 A team from the early 80’s in a sevens competition

The club then joined the North West Counties Youth League the following season entering teams into the under 17s and under 16s league. Brian Foley left the club after the first full season through work commitments with former Wigan and Blackpool Borough player Gerry Collingwood taking over Brian’s role as club coach.

Youth rugby continued at the club for 2 more seasons, then an open age team was introduced in the 1982/1983 season going into the 6th division of the north west counties league, although finishing in a moderate mid table position Stanley were pushed into the 5th division for the following season. This was the start of a successful run with Stanley taking the runner up spot in the league that season. Ex Borough A team coach Phil Pitman had joined the club to take over the coaching rains and continued to push the club to greater heights taking the 4th and 3rd division titles in successive seasons, the almost reached the finals of the prestigious Wigan based Ken Gee cup in 1987 only to go out in a titanic semi final battle with a star studded Rose Bridge side. Promotion continued again the following season when Stanley were runners up to Widnes side Simms Cross. Stanley stayed in the 1st Division for 3 seasons finishing in 3rd spot in 2 of the 3 seasons. Coach Phil Pitman left the club with Malcolm Clarke taking over for the next 2 seasons which saw the club move back in Division 2 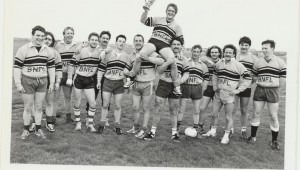 The club has always supported youth and junior rugby and the early days of the club in the 1980’s were built around recruits from local schools and more experienced players moving in to the area. In the mid/late eighties, whilst maintaining a competitive open age team and during some eras two senior teams the club recognised the need to develop another phase of youth rugby at the club. The timing was good as some players were ready to make the move to coaching. Ian Seabury and Simon Hornby, whilst still playing for the senior sides helped develop two youth teams in the late nineties. The vast majority of these sides were built, at under 15 and under 17, level on the back of successful schools development programmes and a number of maturing youngsters from existing and former Stanley players.As the club entered the 2000’s and the under 15 and 17’s sides of the late nineties matured in to open age rugby no further teams were developed at youth and junior level until the 2008/09 season and this proved too late to sustain a declining open age side.

Some early pictures to jog the memories 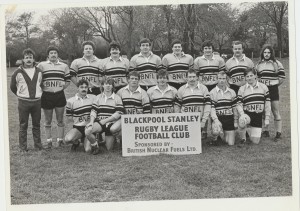 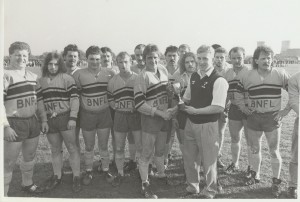 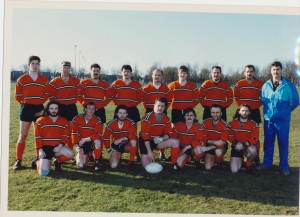 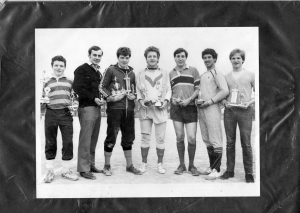 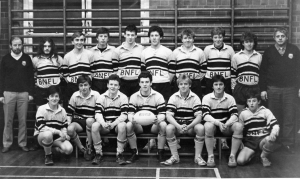 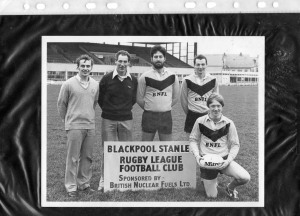