Rhino’s stampede all over Stanley.

Blackpool Stanley U14’s played away against Cadishead Rhino’s, to lose 46-10.

Play was dominated by Cadishead on their home turf despite Stanley putting up a strong defence, the first half ended 22-0.

Stanley came back with an undefeated attitude in the second half to score 2 try’s by Roberts and Birch, 1 converted by Hall. This gave Stanley the boost they needed for some great team plays to deny the Rhino’s completion of 2 sets. Stanley’s Diss injured and retiring from the game enabled Cadishead to take further advantage of Stanley for 4 more try’s albeit not all converted. 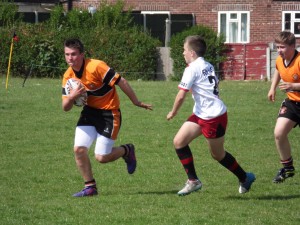 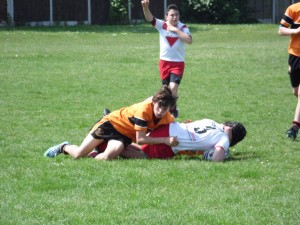