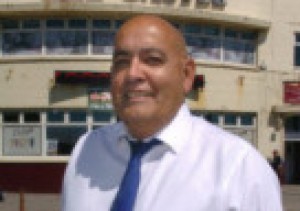 One of the biggest characters on the Blackpool pub scene is to call time on his career and bid farewell to the bar.

Dave Daly is to step down as landlord of the Castle on Central Drive ahead of his 65th birthday on October 5 after 39 and a half years working in pubs on the Fylde coast.

Dave has been one of Blackpool Stanley’s biggest supporters over the clubs history. Whilst his work commitments have’t always allowed him to be at club matches and events he has always allowed the club to raise money at the various pubs he’s run in the town throughout his career. The money raised through Dave’s support has been significant, well in to 4 figures and probably beyond in to five figures.

Dave always extended a warm welcome to the “Stanley boys” at whatever venue he was managing. His pubs have focussed on fun and always provided a good night out usually in the heart of the town.

Everyone at Blackpool Stanley wishes him a long and happy retirement from the bar.

Dave, who is pub watch co-ordinator for the North West and regional chairman of Licensees United for the Unite union said the time had come to give up as years of being on his feet had taken its toll on his knees. But he said pubs and working in Blackpool was in his blood and he would be continuing his work with the union and pubwatch.