With the sun battering the pitch, both teams tackled the sweltering heat to put on a top notch performance. …

Blackpool threw themselves into the game showing Wigan Spring view what they were capable of. Charging drives from Man of the match Dean Harding and Most improved Connor Willis put the away team through their paces as they battled to keep Stanley off the try line. Wigan returned fire and made use of Blackpool’s mistakes to put them 3 tries down by half time.

After a half time kick up the… pitch, Stanley found their second wind and went hell for leather into the second half. Nathan Winter and George Guy both made breaks down the pitch to further Blackpool’s advance. Brothers Jordan and Ben Hindley yet again showed their skill and went on the attack to send each other across the line, converted by Webster it put Blackpool on the scoreboard and a within winning distance.

60 seconds left on the clock, Blackpool stood 10 yards from the victory. With The coaches and parents hearts in their mouths, Hooker Hindley scooted the ball and dived over the line under the posts to the screams of the onlookers. As celebrations started they were quickly dashed as it was denied by the referee… To add salt to the wound the final whistle blew seconds later. A devastating blow for Stanley. Despite the score line hands were shook and every player came off the pitch with their heads held high 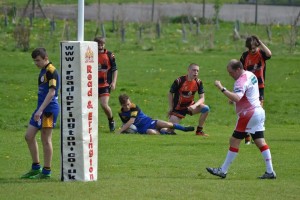 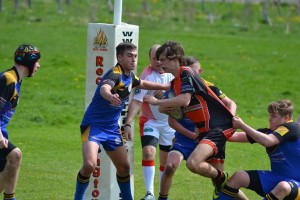 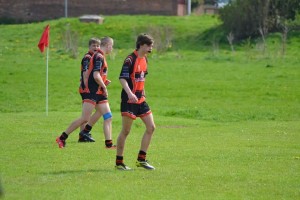 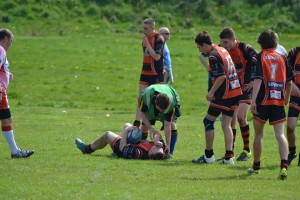 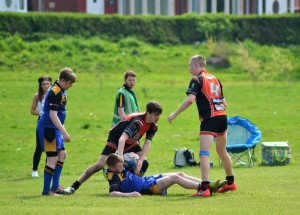