Blackpool Stanley u14’s played at home in a friendly 9 a side to Wigan St Pats.

After a few scrums and knock-on’s by both teams Stanley found pace and a great pass from Hall to Roberts rewarded him with a try 6 minutes in. Stanley continued to apply pressure and a high tackle on cam gave Stanley 10 meters.

St Pats took advantage of an open wing for a converted try.

After resetting, a great tackle by Schofield turned over the ball to enable Yorke a converted try. Cal Roberts took advantage of a napping St Pats to score centre posts converted by Yorke to end the first half 16-6.

freshened legs for St Pats gave them an advantage in the second half.

A well spirited 80 meter run by Jordan Hill just failed to stop St Pats on the try line. Great defence by Joel Diss, Cal Mc Cory and Hall denied Wigan another try as they dropped the ball on the line. Wigan saw an opportunity in a overlap by Stanley to secure another converted try.

After a knock on by St Pats, Stanley fed the ball out of the scrum with great hands from McIntosh and Anderson to reward Yorke with a try.

Fresh legs again for St Pats rewarded them with 2 further try’s from a tiring Stanley to end the game 20-30. 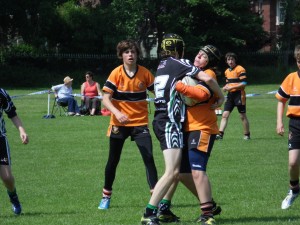 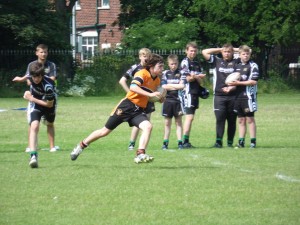 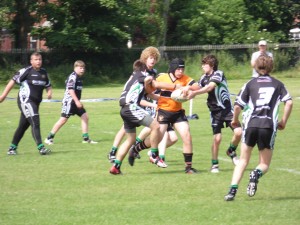