The score was standing at 30 points to Culcheth to Blackpool Stanley ‘s 20 when the match was abandoned due to an injury incurred by a Culcheth player. There was much concern from the supporters of both teams as the Paramedics attended to him on the pitch and it was with great relief that it was later confirmed that his injury, although painful, was not as serious as first feared.

It was a horrible ending to what had, to that point, been an exciting spectacle with two closely matched rivals playing some great rugby league.

Culcheth gained a points advantage early on after a typically slow start for Stanley and they more-or-less kept a 10 point advantage throughout. Nevertheless, Stanley kept up the pressure and there were some great displays of talent which the coaches will need to refine and build upon for next season. 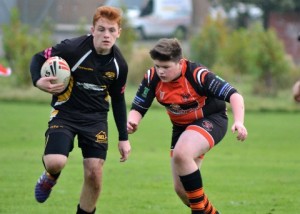 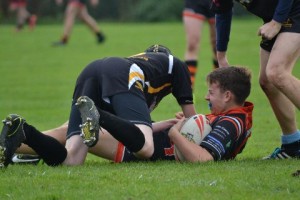