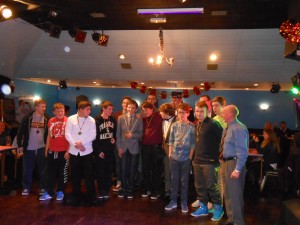 The under 13 squad of 2013 receiving their medals

The Under 13’s held their presentation night at Talbot Conservative Club on Friday 6th December. Guest of honour was Graham Pitman. Graham was a founder member of the club in 1979 and has had a association with it ever since. Graham said “It’s a great honour to be asked and a privilege to present the awards to such a great bunch of players who represent the future of the club. The current officials and coaches must be very proud of what they are achieving” 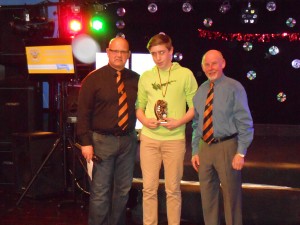 Player of the year Jordan Hindley, receiving his award 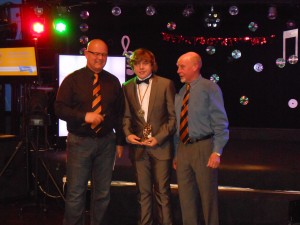 Player of the year runner up Ajay Lord receiving his award 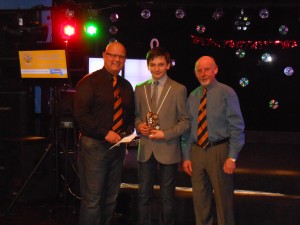 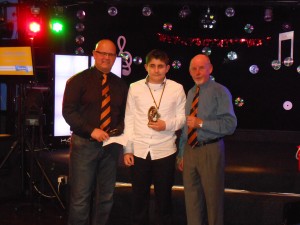 Runner up in Most Improved Player category, Daniel Stretton receiving his award 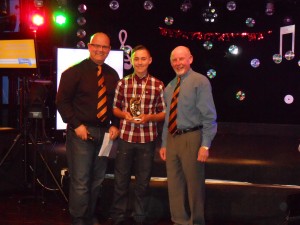 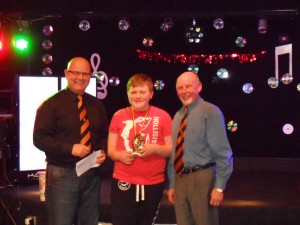